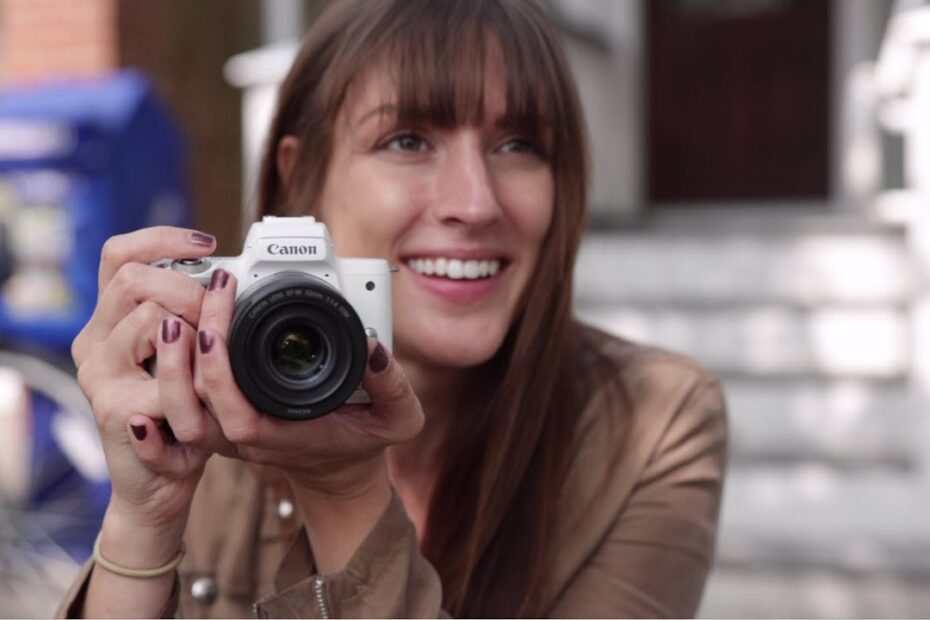 The Canon EOS M50 Mark II is good for videography or vlogging. Because it’s small and light, you can easily transport it when vlogging. With a completely articulating screen, you can frame yourself and watch the video conveniently. The lack of in-body image stabilization is a disappointment, but there is a digital stabilizing capability that can be used, although at a cost of increased cropping. In Full HD, the camera’s kit lens performs an excellent job of ironing out the camera shake. In FHD, it also has superb focusing performance, but in 4K, it performs substantially worse in image stabilization and autofocus. In FHD, the video quality is average, and in 4K it’s abysmal. However, it does include a built-in streaming feature, which has its drawbacks.

For studio video, the Canon EOS M50 Mark II is adequate. It contains a microphone jack and a mini HDMI connector, among other inputs. When utilizing an external recorder and don’t want any overlays, it offers clean HDMI output. In addition, the menu system is simple to use, with all of the settings and video options clearly put out. In spite of this, the overall quality of the video is unimpressive, and its 4k video capabilities and features are notably weak.